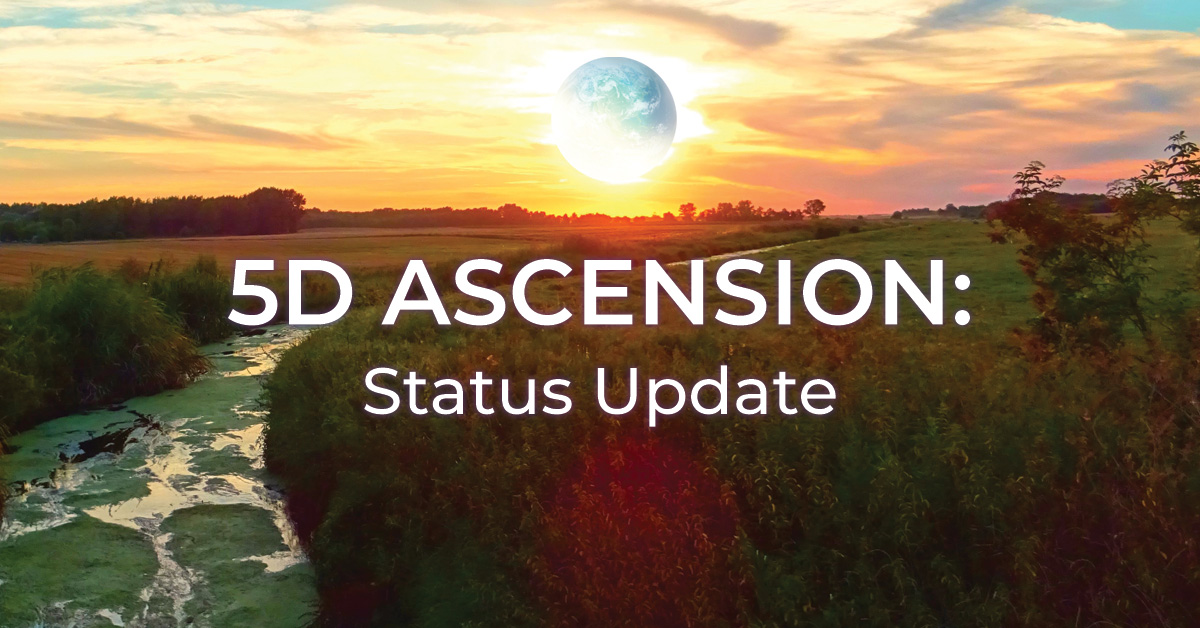 Since 1964, we have been on a gradual but steady upward trajectory for the Ascension of our world and human consciousness into a higher frequency of the 5th Dimension (for more info about what 5D is about, see my website blog).

In recent years, the rising frequency slowly increased to the point of rapidly accelerating. This has always been our planet’s destination and its inhabitants’ consciousness. Ancient cultures have known, but the powers-that-be running the world didn’t want us to know….not to their benefit….greed, control, etc. 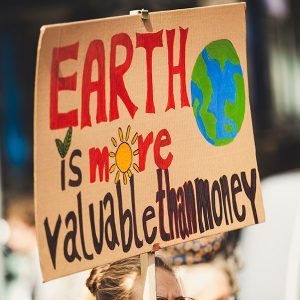 The worse things get in our institutions, the more rapidly we are sliding into a higher frequency of life. Why? Our institutions are all corrupt or prejudiced. Corruption, greed, and control are all low-frequency ways of being and doing. They will either fall apart and dissolve or reorganize and exist without corruption and function from a heart-centered place. Really.

Whatever outrageous things you hear discussed and even the overturning of Roe vs. Wade is part of the process. It forces people to change their minds and behaviors to live and think differently—at a higher or healed frequency.

Do you have to make changes if you live where the water will rise due to warming? Yes. It is really all about us, and Mother Earth is making us change our minds and lives so we can live in harmony with Her again at a higher frequency of peace and joy.

Everything is connected. Whatever you are going through that is uncomfortable is not separate from your own ascension process or healing. Everyone is going through this, whether they are a healer or checkout person at the grocery store. They may not realize what is happening, but it’s happening to us all.

This is unprecedented, which is why so many don’t know about it or pay it no mind if they have heard about it. To see it in context with the history of the Earth and humanity, you have to look at tools such as astrology and off-the-beaten path historical literature to see that what we are going through now on Earth was always going to happen. The Mayans knew it and other cultures like them who lived long ago. Other pockets of ancient cultures living now, such as aborigines, Hawaiian, Hopi, and some people in the area of Peru, these people and other small groups like them, know what has been happening and will happen very soon.

So What Is the Uncomfortable Really Coming From?

Fear ultimately is the bottom line. If you examine why you do what you do and buy what you buy, you will see it mostly comes from trying to prevent something or be prepared for something—all fear. Fear comes in many packages of types of emotions. It’s not all YOUR fear, however. It’s your programming from generations of your ancestors’ programming being passed down epigenetically.

The Schumann Resonance data demonstrates how we are being pulsed to drop these patterns and stored emotions from our DNA. Our DNA needs to change to manage the higher frequency so we can’t have fear patterns directing our choices. I am feeling this too. Living now on Earth is, on the one hand, exciting, and on the other hand, it is challenging as doctors don’t know how to help us with all the swirling symptoms and feelings……unprecedented stuff.

The Schumann Resonance data demonstrates how we are being pulsed to drop these patterns and stored emotions from our DNA. Our DNA needs to change to manage the higher frequency so we can’t have fear patterns directing our choices. I am feeling this too. Living now on Earth is, on the one hand, exciting, and on the other hand, it is challenging as doctors don’t know how to help us with all the swirling symptoms and feelings……unprecedented stuff.

The Schumann Resonance (SR), the electromagnetic force around our planet, has left being at a consistent 7.83 for centuries and spikes into high frequency such as 60 or even 150. It is mostly staying at a frequency well above its original baseline. It began spiking near daily in the past couple of years but would occasionally spike over the past twenty years. You can watch this happen as websites and apps allow you to view the feed hour by hour on your device. I have been watching this data for several years now, and when it spikes or reboots, it correlates with stress I see pop up in people and events worldwide. Our bodies and emotions are electromagnetic and dialed into the SR web so we can be healed by its higher frequency spikes designed to clear out our baggage.

As our baggage clears, our bodies, cells, tissues, and DNA can vibrate at a higher rate. It’s necessary now in this unprecedented evolutionary change for humanity. Our bodies need to change to handle higher frequencies from outside this Earth. But first, our bodies must be self-healing and stronger than ever before. The body changes are necessary so that our Higher Self can descend into the body. Like our spirit and soul, our Higher Self is a light body of high frequency and could damage tissue when in contact with it. This is the reason for all the “illnesses” many are having. It’s actually a detox, preparing our tissues for the descent of our Higher Self into our bodies.

Our Higher Self is a high-frequency energy that will enable us to become “superhuman.” One way we will notice this is our ability to rapidly or even spontaneously heal a wound or heal any other imbalance which then keeps us well and focused on our potential and enjoyment of life rather than in soothing wounds, aches, pains everyday, in illness, or recovering from illness. Many other abilities and sensory factors will come online to make us superhuman.

The Higher Self or energy self has this ability because it’s connected to and part of the greater collective consciousness. So when it descends into our bodies, we are more connected to that consciousness. There are other reasons why this needs to happen now as well.

We are about to become part of the Galactic community through which we will begin to relate to otherworldly benevolent life forms, unlike us, yet capable of relationship with us. We will live what Sci-Fi writers guessed or perhaps “channeled” the future would hold BUT without the dark being and threat of their trying to harm us. That was movie drama only, Hollywood style. The bar scene in Star Wars comes to mind. All shapes and sizes of beings we will relate to. There have been predictions about when true first contact will happen, but no one knows. We have to be ready, which means allowing, trusting, and supporting the changes in our bodies.

Listen more deeply to your body and watch your behaviors more closely to see if they align with your highest and best interests. Eat well and regularly. Sleep more. Rest more. Play more.

How would a perfect mother treat you to care for you? Do that with ever-increasing attention and care.

When will this shift into 5D and contact with the Galactic community occur? Unfortunately, so far, all predictions from mediums and channels have failed to prove true as to when this will happen. It could have happened in 2012, 2016, 2020, and any time since then, but it has not.

There are many factors at play here. ET is overseeing this shift into 5D. They are the ones who are assisting the process of increasing the frequencies influencing us to prepare us and who will orchestrate the actual shift. It might sound very “sci-fi,” but it’s real. “They” aren’t going to tell anyone anything despite what channels and mediums would like to think. “They” look at the big picture in a way our human minds can’t. Might some people have lived longer and/or not be ill or dealing with so many symptoms had the shift happened already….yes.

But what I feel/see/intuit from “them” is there are literally so many things and people and situations that need to make it through this, and “they” are trying to make sure this shift doesn’t fail again as it did with Atlantis, Mayan, Egypt. These civilizations were supposed to shift into a higher frequency, but their corrupt peoples and institutions could not be saved. We have to be ready for this. We have to have cleared all our levels of toxins, mental, emotional, and physical. And though I can’t name them, there are other considerations “they” have in this enormous process.

Don’t just take my word on this. Read Dolores Cannon’s book, The Three Waves of Volunteers and the New Earth.

However, channels and mediums have been able to speak with inhabitants of other planets and star systems about this shift into 5D. These otherworldly inhabitants have related that they also went through this same ascension shift into 5D and continue moving into higher dimensions through a similar process.

The bottom line is the world isn’t ending. It’s beginning.

It isn’t dying; it’s in the part of the cycle of a universal law called destruction that precedes creation.

It’s a birth process, and we all know that birthing can be a messy business.

I personally am in the midst of big changes to my body, and it isn’t fun. It’s the most challenging thing I have been through since my illness 20 years ago. So, as I tell myself every day……hang in there. We have no idea how long this will take, so we have to find ways to comfort, self-soothe, and make the best of it. I am speaking from experience and the distress I endured through this process.

Many of my colleagues report being uncomfortable and that they rarely get a break from the onslaught of symptoms making us all ask daily…..When is this going to be over? When will we move into the freedom, peace, and ease this shift will bring? No way to know. Focus on your process and health and find some solace every day. There are no good answers right now. Probably because we’ve all focused more on being “in the moment” instead of “when will this be over?”

We also have to become okay with so many unknowns. It’s hard not to know when and how, especially when we are physically, mentally, or emotionally distressed.

I wish you peace and that you find comfort with your distresses through this unprecedented time in our history.

Bethann Vetter is a Holistic Therapist, Medium and Teacher. She uses frequency balancing tools via her Mediumship in Trance skills to locate and provide the frequencies your unique set of imbalances requires. She uses her own subtle energy body technique, Epigenetic Reprogramming to help you clear subconscious level blocks. Frequency Specific Microcurrent is used for specific cellular level healing. Classes are available in active meditation skills such as mediumship and trance healing skills. Trance Healing sessions called QHHT© are also offered. Her frequency balancing ability works similar to the way Edgar Cayce worked. She tunes in to your issues and provides you with the necessary information, substances you might need as well as adjusting your frequency to a higher harmonic level. Her work is done by appointment only at a distance or in her office in Jacksonville Beach, FL.
Facebook