This is channeled information via my trained and honed connection to Interdimensional Consciousness.  Whom speaks through me is of little importance and in fact can vary day to day.  What is important is the perspective They offer us to help us learn and navigate a world which is currently without Conscious and Truth guided leaders right now.

Here is what They shared with me recently: 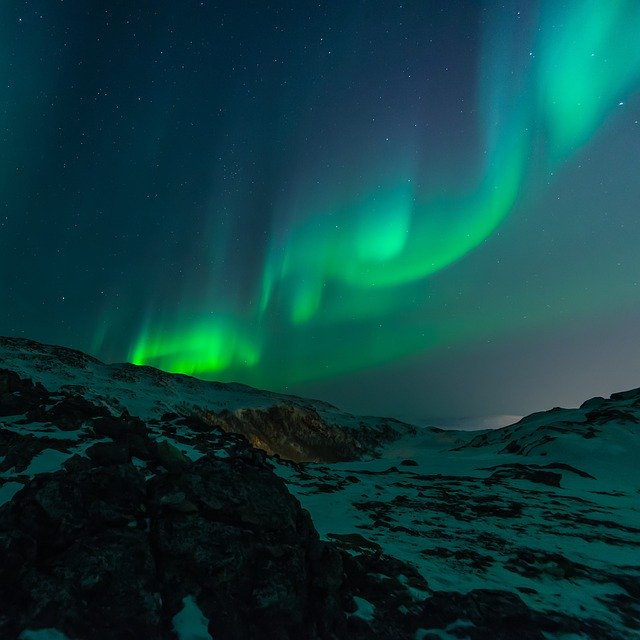 What is it that you hope to receive from your parents when you are young?

These need to be given only until you are grown and have been educated about how to be your own protector, guide and assistant.  Thereafter, you need to know how to be sovereign; self contained, able to exist and care for your needs even when our team of other sovereigns fails to support in some way.  Self contained is self responsible.  It also means self healing. This is the way of new reality of Earth life.

Self-responsibility means ending the belief, emotion, thoughts and actions involved with blaming anyone for why you have or don’t have want you need or want.  To take it right to the heart of the matter right now, let’s look at immunity; the ability of the immune system to protect, support and assist you.

How much did you learn about how exactly the immune system works when you were in high school or college?  Not much for 99% of people.  This is a missed opportunity.  The immune system is at rock bottom of your foundation in life.  If you don’t have a functioning immunes system, living as an organism among other organisms –  humans, animals, plants, insects, in this ecosystem called Earth – you become ill and cannot sustain life, nevermind build a life of work, home and family. 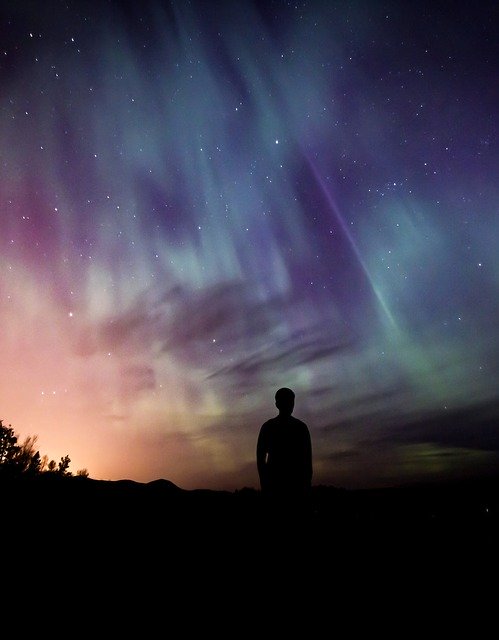 Consider the medical field called, Psychoneuroimmunology. Let’s break that down:

Neuro—neurology, the nervous system, the alert system of the body and technical side how the brain works to keep the body alive and functioning.

This is field also encompasses endocrine function as the lines blur between nerves, emotions, hormone balance and immune functioning.  It’s one big inter-relationship. You probably never heard of this field because it’s never “taken off”.  There’s no pill that can make this system function well. And the accredited physicians that have embraced the field are not main stream.  Because of that, you won’t be able hear them speaking about these truths given our industrialized medical environment.

There are 100’s of things that influence you to provide an optimally functioning immune system.  However there is one bottom line for it’s basic needs.

In an ecosystem of organisms = Earth you must be in continual and intimate (very close) communication with all the other organisms or your immune system will,  as you would if you were put into isolation, out of boredom, go to sleep.

It would go to sleep because it doesn’t have anything to do.  It needs constant input from air, surfaces, foods, and most importantly, other organisms, single celled (bacteria, fungi)  or multi-celled (humans, animals, insects).

What happens when you have been sleeping, long and har – too hard because you were bored and depressed –  and bright light shines in your eyes to wake you?  You recoil at first because you aren’t used to it.  You might run back to bed or sit there with your eyes closed oblivious to what is going on around you.  You might miss something important that actually needs attention.  All this because you have been too hard asleep not realizing the importance of necessary wakefulness because you had been bored and depressed and as such went to sleep out of nothing interesting to do.

What happens, then, when your immune system has been asleep out of boredom and depression and is suddenly, again, bombarded with all sorts of organisms that, in its absence, have evolved, changed, gotten stronger and have been existing without your input and interaction?  They are stronger than you and as such you can become their new residence food, because you are foreign to them as a result of your absence.  So you become their host. Because it has no longer has a relationship with that environment of organisms, your body can become a place for all those organisms to take up residence.  Without your permission. All roadblocks were down as it was asleep. Your immune system becomes so groggy it doesn’t know which end is up.  This means a simple common cold organism could take over rapidly and consume (kill) you.

Your immune system works hard for you every day and it is an UNSEEN WORLD. But because you have never been guided by the authorities of your world to think about it and learn how to support it, you have no relationship to it.  You don’t understand it or its importance to you existence.  It has for all these years been quietly hard at work to keep you balanced and alive, without you ever realizing how powerful and important it is to keep you alive.  You must educate yourself about this world and all the things that keep it well, strong and balanced.  When something is UNSEEN, it’s easy, in a 3D-physical-world to not realize its existence and then to be manipulated by others who might know more about it and kept that information from you about how that UNSEEN WORLD really works.  Of course this isn’t fair but this is what has happened.

There are other unseen worlds that provide protection, support, guidance and assistance.  You have not been given the truth about those worlds either.

The medium writing this and helping us share our perspective and knowledge with you has also fallen prey over her lifetime to false guidance, support, protection and assistance.  It’s why she has turned to us- Super Consciousness, Spirit, God or whomever you might like to envision us to be.  She had to learn first that the child-parent relationship is hologram for what the Adult-Spirit relationship becomes when the child grows up.  She had to release the pain, which takes quiet reflection and other tools,  from being mis-guided, unsupported, unprotected by her parents or other figures or systems of authority she was conditioned to believe were her “only” support system.  As she saw how our “bird’s eye” view beyond the ability of the limited human brain’s vision, she slowly trusted us more and more to the point now she allows us to work intimately like this for us to communicate with you on specific topics to help you find grace and ease at this time of Earth’s transition from a life of fear of unseen worlds to one of communion and intimate relationship with them.

The Earth’s balance energies, not just its electromagnetics, have changed very recently and this is in part the reason for leaders and other authorities to have placed you in an uncomfortable life style.  We will be sharing more with you about this time and how to navigate it more comfortably to “reboot” your life, like you do your computers.

There are important things for each individual to learn at this time.  The one we asked talk about today is most basic to all the others; Immunity; for without that, as we said above, nothing else can be done.  Your health is the basis for your life.

The unseen organism world, which is the single most abundant physical civilization on Earth, is the ruling population.  When chemicals and other non-natural substances where developed and with child-like irresponsibility dropped into the ecosystem though the ego (based in greed=fear), We saw how humanity was beginning to take a turn toward destruction of the Earth.

As awareness and intellect of the human being has been growing over the centuries side by side at different rates.  When they reached a synchronized point, in the early 20th century,  “behind the scenes”  Energies and their connection with certain humans with overboard ego strength, with intent other than for wellbeing and improvement in the evolution of the organisms of Earth, pulled ahead of those such as Nikola Tesla, Rudolf Steiner and lesser known but important innovators, to capture the moment for ego’s need of control.  They made a plan for 100 years of stampede for greed.   This was based upon lack of mass education and their hoarding of knowledge of UNSEEN WORLDS which began when Anton van Leeuwenhoek first saw a live cell.  This is when the human-ego, went rogue, off course, via an erroneous perception that was because it was so small, and the human being so large, they could conquer it and control it.  This was the natural tendency at the time given how the natural world, still largely untamed, without technological conveniences making life a struggle, and with animals and storms often claiming lives, this previously UNSEEN WORLD was misperceived as “smaller than me” and therefore easily conquered.

There is an unseen world that is even more important to balancing all that human’s can perceive about the physical world. The spiritual world;  which for 1900 years before hand had been manipulated to be feared.  There was and still is,  nothing wrong with humanity’s desire to know more about the world in which they lived. However, the ego strength, necessary at that juncture in evolution, early 20th century,  to improve chances of survival through protection from outside forces, began to be manipulated by the success and feelings of control and power in taming their world as population sizes grew.  When you overcome an obstacle and make strides in improving your environment and attaining things you need and want, your ego grows in strength.  However, this ego strength also needs to be continually tempered with the one truth at the center of all things physical or unseen:  Energy.  There is but one Source of all—the Energy that belies physical existence and occupies the space between you and other things and organisms.  This is the one True Power of all life. But if one decides to disrespect it by the fact that it cannot be seen by the ego-based-controlling-brain, then that ego will become a monster in greed and deed ever searching for the next thing to conquer to feed it’s insatiable and irrational appetite for control.

This time of transition, that has made you uncomfortable in many ways,  is about Oneness.  It is about rectifying the imbalance between ego and Energy that created it and all of space-time and existence far and wide. Temperance of ego through energy was thought to come from religion but as you know, religious dogma, as it has come down through the centuries became corrupted by over-ego strength as well.  Consequently, the egos of those who had a semblance of relationship and communication with Us-Consciousness, your spiritual leaders such as priests and ministers, as civilizations were taking hold more successfully, were manipulated by the lack of true connection to us-Intelligent Consciousness (the Energy that belies All Things Earth and Beyond) to balance these facets of creative powers that is the true purpose of the human ego.   This resulted in a use of their connection with Us as a source of control through fear of an UNSEEN WORLD.

Please look for the next segment of information about UNSEEN WORLDS, coming soon…

Bethann Vetter is an Energy Therapist, Trance Medium, Spiritual & Wellbeing Coach and Educator of Self-Healing Skills. Her intuitive energy transformation skill set brings you clearing/release of the “block behind the block” you can consciously see/feel in your body or life. Her stress resolution methods and techniques are done by appointment over the phone or in person in Jacksonville Beach, FL. She teaches self healing and spiritual skill development programs. The workshops are experiential and give hands on practice, guidance, support and heal family patterns. Her training came 1st in the trenches of her own healing, then in training with 3in1 Concepts, Inc., in Applied Kinesiology and continued training with world renowned energy teacher, Eamonn Downey to further develop her skills and methods in direct source energy healing.
Facebook